Welcome to the world of football!

Maradona played the same with his home team.

Pele won worldcup when he was 17 yrs old.Maradona No.

Pele scored 92 hatricks in his life,and 32 super hatricks.Maradona much…

This is consedering matches finished with penalty kicks as DRAW,but if we consider it as win and loose ,then Brasil is having 42 wins,Argentina 36,and Draw in 20 only.

The above statistics and records are from liable,unbiased,and respectifull sources ,…

The lace of the season

Soon there should vary from this, the squad of players…

The last weekend offered us a number of interesting results with crucial importance to the title race in the top European leagues! We saw league leaders increasing their lead at the top of the table by winning their games while chasers were dropping vital points. As a result, teams like Barcelona, Manchester United, Milan and my Wisła Kraków moved closer to clinching the title in their countries. Moreover, Porto even won the Portuguese title with 5 rounds of fixtures to go by beating… Continue

Sevilla 0, Malaga 0. And now what is the problem? (Google translate)

Ate a clear penalty to Negredo in the last minute of the first part, annulled a goal to Luis Fabiano perfectly legal and considered a… Continue

Met five years of a 'Zas, across the mouth!' History (Google translate)

On November 20, 2005 met at the Best Football Stadium Andalusia Sevilla

Football Club and other equipment to our outstanding city. The end result was a simple but super thrilling 1-0,

goal from Enzo Maresca's penalty. The

6-1. Reinforcements of luxury for a re-excite Sevilla (Google translate)

Up to 7 canteranos Sevilla enjoyed the laudable that despite the 'decaf' the meeting, the first leg ended 0-4, saw fit to attend Wednesday night this Sevilla FC-Real Union Irun. In the best known Javi Varas, and Jose Carlos Alfaro, rejoined that the most exciting and Rodrigo Luna, plus emerging Bernardo and Luis Alberto.

You could say that the only one I do not see anything he was the goalkeeper, but it was not for their own demerits, of course. The goal that failed over Romo Luna… Continue

Who should win the FIFA Ballon d’Or?

Earlier this week, FIFA and French magazine France Football announced the 23 nominees for the FIFA Ballon d’Or Award! In the previous years, both institutions organized their own plebiscites for the best player of the year and selected their own winners. This was not a good solution and I am happy that Ballon d'Or and FIFA World Player of the Year Award were merged to form the one and only FIFA Ballon d’Or! In this blog post, I will tell you who, in my opinion, should win the first edition of… Continue

CSKA and Lech arise from the ashes like a phoenix :)

The performance of the Polish and Bulgarian teams in the play-offs of the UEFA Europa League last night brought me mixed feelings. I watched the AIK – Levski and CSKA – TNS games on TV in the sports bar and followed Dnipro – Lech and Debrecen – Litex in the internet.

Despite all the bad things that are currently happening at CSKA, I was very optimistic ahead of this match and expected good…

I can not believe that enough appetizer in

As seen, this is the case of general manager of Olympique Marseille, José… Continue

Tip of the week by Gloria Averbuch - Fruits & Vegetables 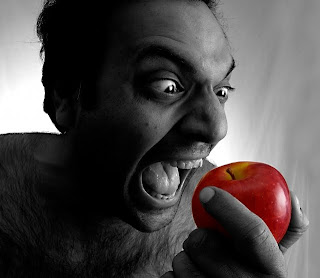 Soccer nutrition is also good nutrition. That is, consuming foods good for your game…
Continue

Last weekend, WPS had a bye—meaning no competition. However, professional athletes understand that doesn’t mean abandoning good nutritional habits, such as making sure to have plenty of healthy food on hand.…

Indescribable, unfathomable, awesome, spectacular, majestic, Sevilla FC is back, just three years later, winning the Copa del Rey, there's that. Fifth Cup showcases for Sevilla. What momentazo to enjoy and how! That explosion of joy as loud. In a setting as unique as the Camp Nou, Sevilla again in letters of gold rewrite his own history. A stadium that offered three-quarters full of amateur athletic as Enrique Cerezo had provided this tonight can not sleep a wink (often backfire.) As the… Continue

Tip of the week by Gloria Averbuch - Traveling with the team

Guide for Soccer—Tips & Recipes from the Pros,

Tip of the week by Gloria Averbuch - Replacing Sweat Losses

There is a general movement among many soccer players and other athletes to avoid salt.

However, this is not always necessary; in fact, if you are a heavy sweater, or you crave salty foods, you may benefit from indulging in them. Below is an explanation of the possible sodium needs for active